Thanks to the efforts of the John Paul II Pontificate Centre for Research and Documentation in Rome, scholarly articles and lectures on the Second Vatican Council by Karol Wojtyła have been recently published in Polish. The book The Church in the Mystery of Redemption. Interpretation of Vatican II contains a total of thirty four writings from the years 1965-1977. They are mostly texts of lectures by the Archbishop of Krakow pronounced at scholarly symposia or during the meetings of the commission of the Polish Bishop’s Conference for the implementation of Vatican II into the life of the Church in Poland. One-third of those writings are available for the first time. 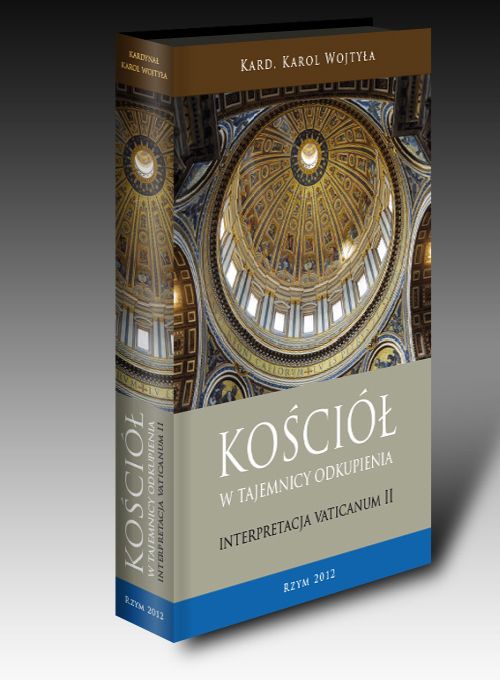 The book, of nearly 500 pages, is divided into four chapters. In the first chapter, entitled Getting to know the Council, are gathered the writings on the activity of the Council Fathers and theological experts and the preparation of the documents. Also, there are the texts that discuss the general doctrine of Vatican II. The second chapter is entitled The Church in Christ. It includes the writings on the Dogmatic Constitution on the Church Lumen Gentium, and other documents which fundamentally show the participation of the People of God – clergy and laity – in the threefold mission of Christ as Priest, Prophet and King. In the third chapter, The Church in the World includes the writings on the Pastoral Constitution on the Church in the Modern World Gaudium et Spes and the Declaration on Religious Freedom, Dignitatis Humanae. The fourth chapter, The Implementation of the Second Vatican Council includes writings of a pastoral character, in which the author sets out the way of reception of the Council, that is, the process of knowing and understanding its doctrine by faithful people, and he sets out the way of implementing Vatican II, that is introducing Vatican II’s teaching in the lives of people and Church institutions.

This publication includes a preface by Rev. Adam Kubiś, a theologian who worked closely with Cardinal Karol Wojtyła, an introduction by Fr. Andrzej Dobrzyński, who prepared this edition of the texts, a summary in English and indexes. A collection of these articles and council lectures is a valuable supplement to the well-known monograph by Cardinal Karol Wojtyła, Sources of Renewal. The Implementation of the Second Vatican Council published in 1972. In addition, this new collection is an aid for the proper interpretation of the Vatican II’s doctrine, for which Bl. Pope John Paul II strived for during his pontificate, and which is the important concern of Benedict XVI. It is worth noticing that the book The Church in the Mystery of Redemption was preceded by the publication of the conciliar sermons and pastoral letters by the Archbishop of Krakow, from the years 1962-1966, entitled Renewal of the Church and of the world. Reflections on Vatican II, published in Polish in 2011.

The book The Church in the Mystery of Redemption is being distributed by the Polish Publisher St. Stanislaus in Cracow. More information about this publication is available at John Paul II Pontificate’s Centre for Research and Documentation (info@jp2doc.org).