John Paul II, a Legislator of the Church – Symposium in Lugano

International Symposium: “John Paul II, great legislator of the Church: fundamentals, innovations and perspectives” was held at the University of Italian Switzerland in Lugano, March 22-23, 2012.  The Symposium, was jointly organized by the John Paul II Foundation (The Centre for Research and Documentation of the Pontificate in Rome) and the Institute of Canon Law and Comparative Studies of Religion of the Faculty of Theology in Lugano (DiReCom). The aim of the Symposium was to present the role and contribution that John Paul II made to the development, understanding and implementation of ecclesiastical law.Symposium participants, who filled the University’s main auditorium, were greeted by prof. P. Martinoli, rector of the University, and Cardinal S. Rylko, president of the John Paul II Foundation. The opening lecture was given by prof. L. Gerosa, director of the Institute DiReCom, who spoke about the new hermeneutics of canon law as formulated by John Paul II. 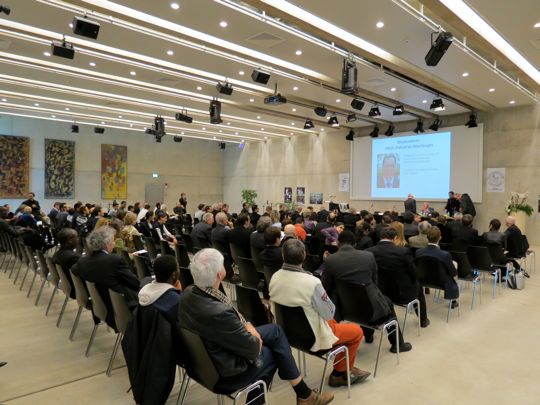 The symposium consisted of three sessions, during which reflection on the anthropological and ecclesiological foundations of legislative activity of John Paul II was undertaken. The sessions explained what the novelty in concordat activity consisted of, and showed the influence of the promulgated Codes of Canon Law on the ecumenical rapprochement of the Christians.
Session moderators were successively Fr. prof. B. Ferme (Venice), prof. P. Valdrini (Rome), prof. L. Bombin (Rome) and prof. P. de Mortanges (Freiburg).
The first session opened with a lecture by prof. F. D’Agostino of the University “Tor Vergata”, entitled “The Man at the Center of Statutory Ecclesiastical Law by Pope John Paul II”. Msgr. J.I. Ariete, secretary of the Pontifical Council for the Interpretation of the Law, followed with his lecture on the problem of “Ecclesiology of communion in the legislation of Pope John Paul II”. The second session began with prof. G. Dalla Torre, rector of the LUMSA University in Rome and President of the Tribunal of State of the Vatican, showing a general overview of the concordat activity of Pope John Paul II. Lecture: “The concordat with Poland in the intentions of Pope John Paul II” was delivered by Msgr. T. Pieronek from Krakow. Prof. O. Fumagalli Carulli of the University of Sacro Cuore in Mediolonie spoke on “The Catholic Church and the European Union in the teaching of John Paul II”. 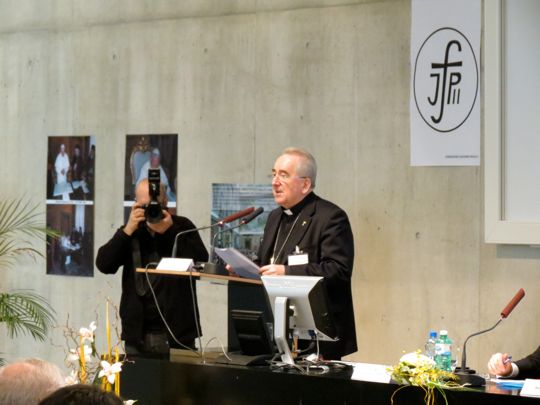 During the third session the lecture: “Innovation and continuity introduced or confirmed by Pope John Paul II in relations between East and West” was delivered by prof. A. Roccucci from the University “Roma Tre”. Msgr. Cyril Vasil, secretary of the Congregation for Eastern Churches, presented a lecture on “Similarities and differences between the Latin Code and Eastern Church Code”. Cardinal K. Koch, president of the Pontifical Council for Promoting Christian Unity, gave the lectio magisterialis under the title: “The legislative activity of John Paul II and Christian unity”. The conclusion of the symposium included speeches by the Bishop of Lugano – P.G. Grampa, Sir. G. Giudici – Mayor of Lugano and Mrs. L. Saids – President of the Government of the Canton of Ticino.It should be emphasized that the organization of the symposium was financially supported also by the Swiss National Fund for Scientific Research as well as local and private institutions.
The Symposium, jointly organized by the Foundation of John Paul II (The Centre for Research and Documentation of the Pontificate) and the Institute of Canon Law and Comparative Studies of Religion (Theological Faculty of Lugano), will be held in Aula Magna of the University of Italian Switzerland in Lugano, on 22-23 March 2012.
The symposium is to present the contribution of John Paul II in ecclesiastical law. During his pontificate two Codes of Canon Law for the Latin Church and the Code of Canons of the Eastern Churches were promulgated. Did the Pope give the foundation for a new hermeneutics of ecclesiastical law? Did he open new perspectives for its application? These and similar questions will be answered by the invited guests, experts in the field of legal science. 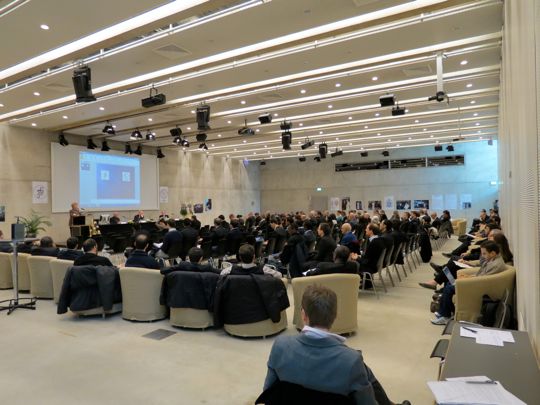