Freedom of religion – the heart of human freedom

The Centre for Research and Documentation of the Pontificate of John Paul II, organized a scientific session devoted to Religious Freedom in conjunction with the fifth edition of the Days of John Paul II in Krakow. Thanks to the courtesy of the authorities of the Jagiellonian University, it was held in the auditorium of the Collegium Novum on the afternoon of November 4, 2010. It was attended by numerous personages of the Church, the academic world and a large group of participants. The topic of the session, which is a reference to the words of John Paul II: “Freedom of religion – the heart of human freedom”, took up an important aspect of papal teaching on human rights and expressed John Paul II’s life experience. The purpose of this session was to emphasize the importance of the issue of religious freedom in seeking solutions to social and political questions. 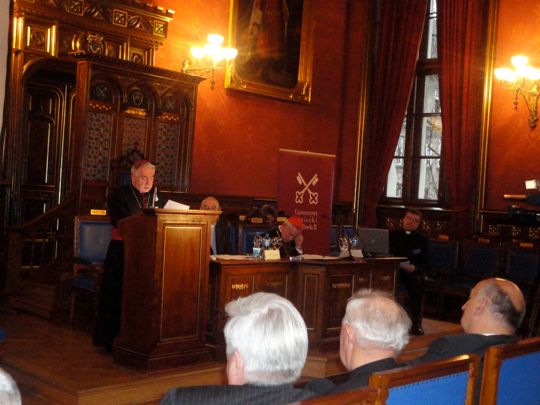 The guests and participants who attended the session were welcomed by the rector of the Jagiellonian University, Prof Hab. Karol Musiol followed by Cardinal Stanislaw Dziwisz who delivered a speech emphasizing the importance and contemporariness of the theme of the session. The following speaker, Archbishop Jozef Kowalczyk, after words of welcome, introduced participants to the problems of religious freedom, indicating that the teaching of John Paul II is rooted in Revelation and the doctrine of Vatican II, and Prof Rev. Libero Gerosa from Lugano drew attention to the experience of identity, which for John Paul II became the basic source of concern for the rights of humans and nations. Prof Andrzej Zoll from Jagiellonian University, spoke about the right to freedom of conscience and Religion declared in the Charter of Fundamental Rights of the European Union, which stresses that the truth about human dignity should be an absolute value. The first part of the session was summed up by Cardinal Jean-Louis Tauran, the president of the Pontifical Council for Interreligious Dialogue. The visitor from the Vatican also devoted his morning lecture to the issues of religious freedom during the inaugural session of the Days of John Paul II in the auditorium of the AGH University of Science and Technology. 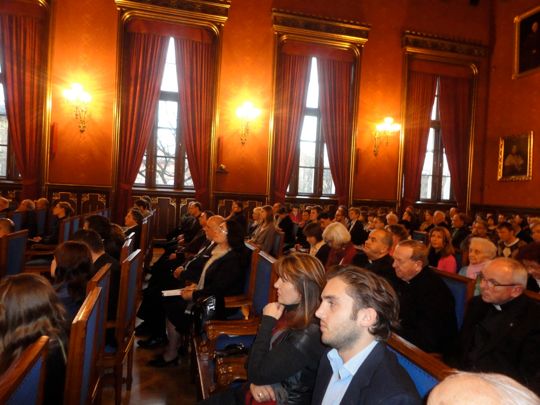 After a break, Prof Francesco D’Agostino from the University of Tor Vergata in Rome delivered his lecture. In his speech, the problem of religious freedom was shown to be a key in the era of postsecularism. Prof Wojciech Góralski from Cardinal Stefan Wyszynski University, then took up the topic of teaching Catholic Religion in Concordat agreements concluded between the Apostolic See and individual states during the pontificate of John Paul II, whose mind was heavily weighed to ensuring the right of parents to the religious education of their children.

At the end of the session, the John Paul II Foundation presented as its contribution to the promotion of religious freedom, a scholarship program for young people from former Eastern Block countries to be managed by the Foundation.

In their presentations, Elena Grigoryeva from Russia (scholarship holder), Dr. Branislav Kluska from Slovakia and Andriy Delisandru from Ukraine (graduates), told how the education received by them at the Catholic University of Lublin has born fruit in their personal and socio-religious lives and of its impact on the expansion in the area of religious life,  which for decades, was suppressed. 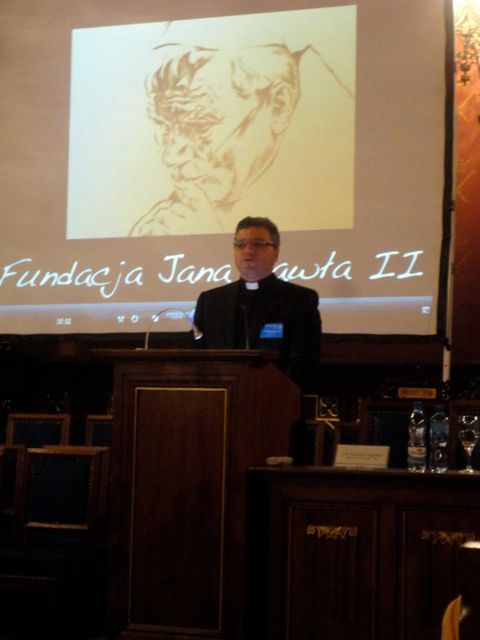