Blessed John Paul II and his teaching about culture was the subject of an academic session which took place on February 13, at the UNESCO principal headquarters in Paris. About 500 people took part in the event, including more than 40 ambassadors accredited to the organization and a number of French bishops including Cardinal André Vingt-Trois, Archbishop of Paris. The session was organized by the John Paul II Foundation (The Centre for Research and Documentation of the Pontificate) and the Observer Mission of the Holy See to UNESCO.

The participants of the session were greeted by Monsignor Francesco Follo, the observer of the Holy See to UNESCO, Cardinal Stanislaw Rylko, President of the John Paul II Foundation and Hans d’Orville, UNESCO Deputy Director. The session was led by professor Krzysztof Zanussi, who at the beginning spoke of his meetings with John Paul II. 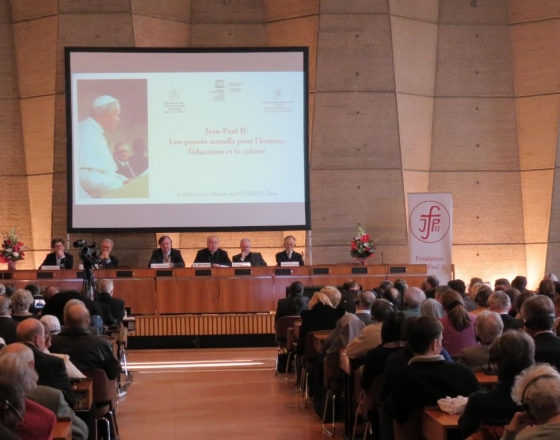 The first lecture on the actuality of John Paul II’s teaching about culture, from his memorable speech at UNESCO, 2 June 1980 to the present day, was delivered by Fr. Follo. He noted that John Paul II was sensitive to the phenomenon of multiculturalism, which is the face of the modern world and the humanistic dimension of culture, which should serve the complete human development.

Professor Fabrice Hadjadj, a French philosopher and Director of the European Institute of Anthropological Studies “Philantropos” in Fribourg, Switzerland, spoke about “the importance and the role of the Gospel values in today’s culture”, pointing out that the crisis of contemporary culture is based largely on the fact that the industrial and technological revolution meant that the culture has become a force directed against nature, reducing nature to biology. “The truth of the Incarnation of the Son of God, which brings the Gospel, shows the value of nature, and it may comprise a way to a cultural transformation and rebirth of humanism” – said the French philosopher. 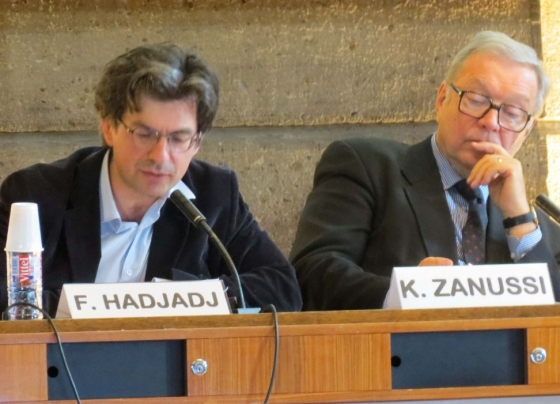 Professor Thomas Hong-Soon Han from the University of Hankuk in Seoul, South Korea, gave a speech on “the relationship between the economics and the integral development of the human person.” He emphasized that, starting from the personalistic principle that economics is to serve man and not vice versa, it is clear that the integral development of individuals and peoples requires a reform of the economic system based on international solidarity, which, taking into account the requirements of ethics, indicates the conditions of healthy economy by strengthening human capital.

The theme of “The Youth in The Labyrinth of Modern Culture” was undertaken by professor Rossana Reguillo Cruz of the Jesuit University in Gudalajara in Mexico. She said that young people of today do not constitute a homogeneous group, but a very diverse community, which can be divided into several groups depending on their adaptation to the requirements of the free market, social standards, or forms of their protest against the society and their alienation with regard to the contemporary social and political life. The speaker emphasized that what unites the young people is their distrust towards institutions, such as the state or the Church. To change this, one has to get to know the cultural and social processes that affect contemporary youth. 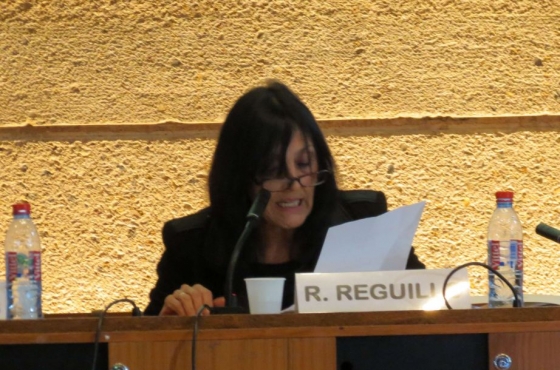 Professor Zdzislaw Kijas OFM Conv., a theologian at the Pontifical University of John Paul II in Krakow spoke about the need for the transcendent dimension in the educational process. Based solely on the intellect, we are not able to forge a man ready to sacrifice, heroism and noble behavior. It is important – the speaker pointed out – that in the life of man, especially in the process of education, there was a place for God. Man has to “let God be God”, and then he will find himself, then he will see better the fundamental difference between “being more” and “having more”. 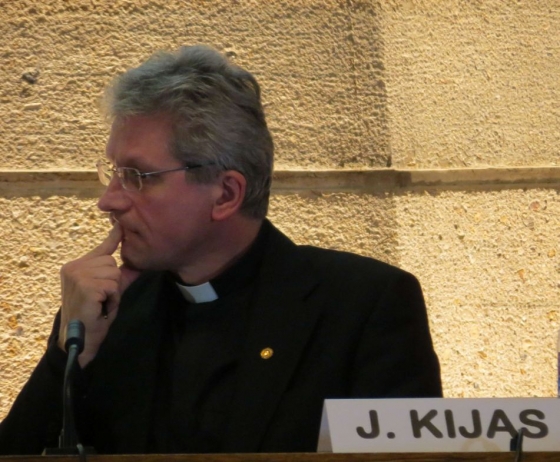 Prof. Geneviève Médevielle, a professor of moral theology at the Catholic Institute of Paris, took on the topic of “The Dignity Of Women In The Teaching of John Paul II.” The speaker focused on the teaching of the Pope on the “woman’s genius” which expresses itself in the service for human love. She emphasized that making known this teaching, rooted in the Revelation, is particularly important in today’s culture, especially because of the rights and the dignity of women, which are often understood in a unilateral way. 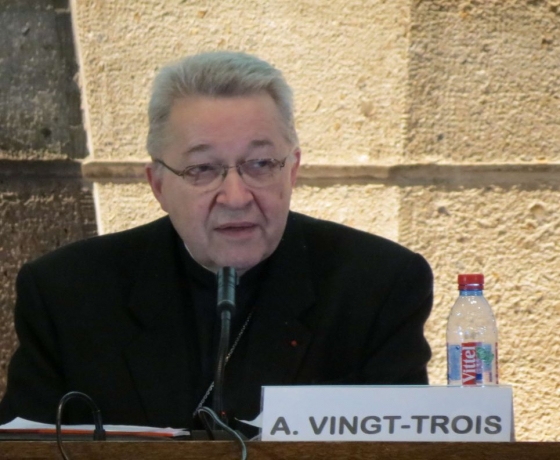 In summary of the proceedings Cardinal André Vingt-Trois referred to the speech of Pope John Paul II in UNESCO and to the delivered lectures. He formulated two questions which that session – according to him – tried to answer: Does the modern culture, distinguished by its technical achievements, actually protect the vision of a man as a being unique in the world? Why does the autonomy of temporal affairs entail secularization of humanism which excludes the existence of God and the love of God towards human life? He noted that in view of the cultural crisis that we are experiencing, an important task of Christians today is to witness to the integral vision of man that Christ brings.

The session, held on Ash Wednesday, was a kind of spiritual feast not only for Catholics, but people of different beliefs and representing different cultures. Pope John Paul II saw the sense of the debate on important topics related to humans of today’s Areopagus, and undoubtedly UNESCO is one. One may hope that this session was a good opportunity to look at issues of today’s culture from the perspective of the Gospel, which is characterized by love and concern for human beings and which was upheld by bl. Pope John Paul II.