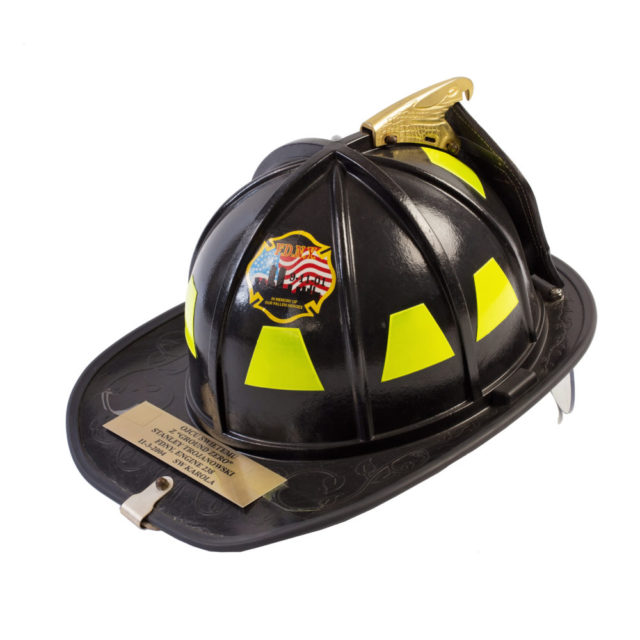 of the World Trade Center – Stanley Trojanowski  took part in the rescue operation after the attacks on the Trade Centers in New York. He gave the fire helmet to John Paul II on his names day (Feast of Saint Francis. Charles Borromeo). ”He was the focus of great endeavor and care of many individual museums in both New York and across the country. Also, the Polish fire brigade command allowed the fire-fighting helmet to be shown in museums across the country. The children were even a little upset that it was a family heirloom and couldn’t keep it, but I knew we had to pass it on. I wouldn’t have given it to anyone else, only to him … I believe that John Paul II took part in our efforts at the WTC. Secondly, he was a man. who like no one else, could understand the suffering and sacrifice of our close ones and the sense of a victim’s life. Thirdly, since he suffered so much, I wanted to give him comfort and strength to deal with his pain, through this helmet “- Mr. Troyanowski.