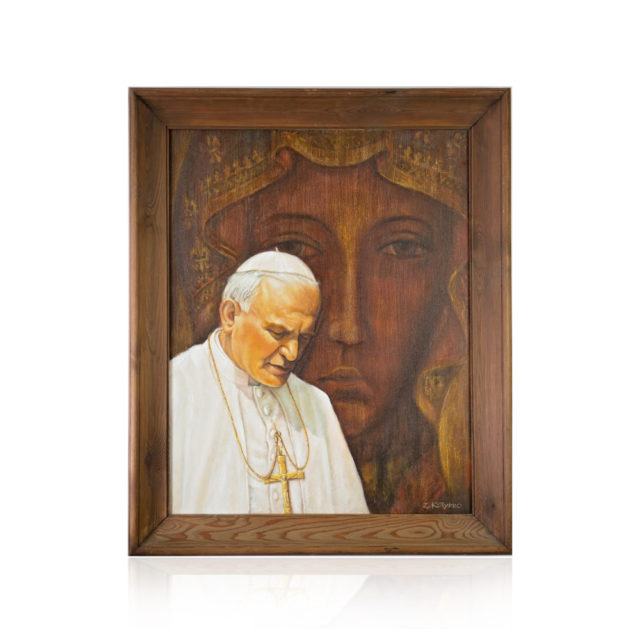 John Paul II with Mary, Mother of God of Czestochowa

– Painting by Zbigniew Kotyłło. Against a background of dark scars, Mary, Mother of God of Czestochowa – The Pope, concerned about the world, confided that he dedicated himself and the world to Mary, Mother of God in an act of total devotion which he called “Totus Tuus” (meaning totally yours). The painting was donated to the Holy Father on the tenth anniversary of his pontification by the Sisters, who thanked him for the beatification of their founder, Honorat Kozminski, in the centenary of the creation of the assembly (1888 – November 21 – 1988).