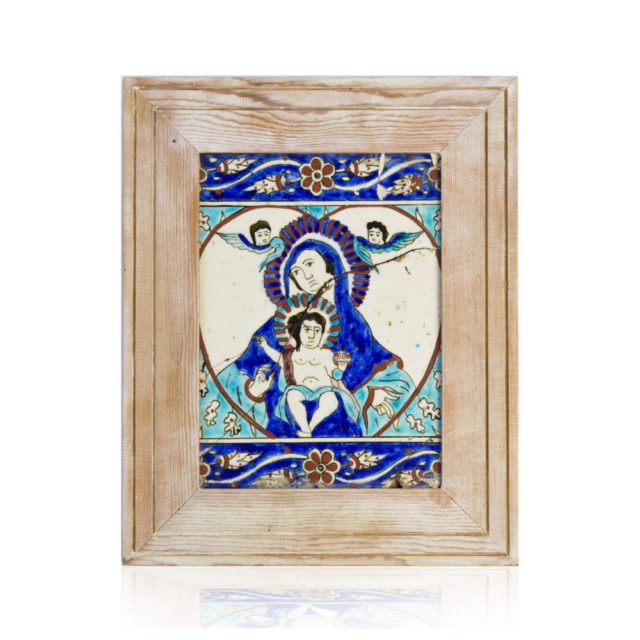 where Polish officers were imprisoned by the NKVD and from where they were deported to Katyn. One of them, Lieutenant Stanisław Janicki, removed from the oven a tile with the image of the Mother of God and, as he later recalled, thanks to her care miraculously escaped death. With the tile in his backpack, he walked the whole way of the Polish 2nd Corps (from Russia through the Middle East, Palestine, Egypt, England to Orchard Lake in the United States). He died in America, and before his death, he gave this prison souvenir to Father Zdzisław Peszkowski, and he, in turn, offered it to John Paul II in 1987.