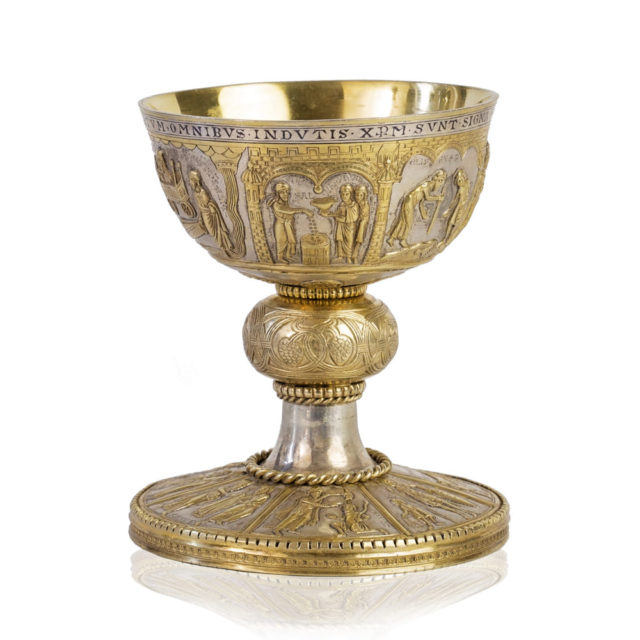 A copy of the “royal cup” from Trzemeszno

called “the second cup of Dąbrówka”. The original, kept in the museum in Gniezno, is one of a few surviving works of Polish goldsmiths of the period from the tenth to the thirteenth century, distinctive against the background of contemporary goldsmithing in Europe. Most scholars assume that it was created in the Piast era. The cup was offered by priests of the Diocese of Koszalin-Kołobrzeg.