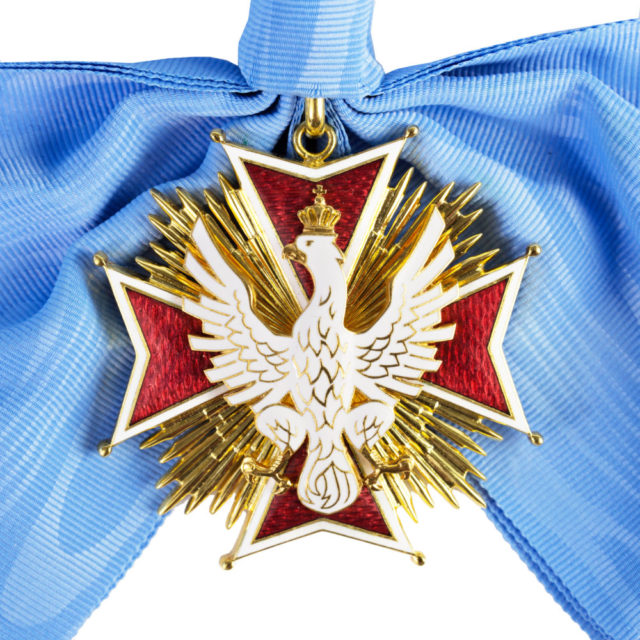 Order of the White Eagle

– Order, awarded to the Holy Father on 3rd May  1993. It is the highest honor in Poland and after having not existed in the country for many years, was; restored as a symbol of Polish tradition and historical continuity. The first Order of the White Eagle was given to the Pope, and in the words of the then President Lech Walesa “was passed to the most deserving hands of the greatest son of the Polish nation. A man revered and beloved by Poles, and whom Poland will probably never be able to repay for all his wisdom, love and kindness” The Order was given to the Holy Father on 22nd  May 1995 in Skoczów.