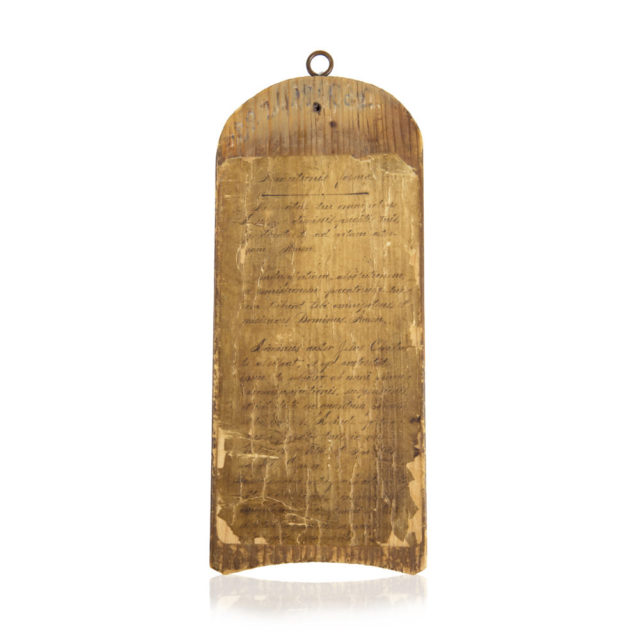 with the examination of conscience – during the Russo-Japanese War (1904-1905) there were a number of Poles taken prisoner and taken to Japan. They asked for a catholic Priest. Maxime Puissant, French priest, along with a young boy Paul Manj Jim received permission to enter to the camp. From this camp today we have a thin wooden tablet, on which are written the commandments in Polish and to which the Polish prisoners were able to confess their sins. The tablet was kept as a relic by Paul Manji Jim, who on 25th February, 1981 at the age of 97, donated it with a description of it’s history to Pope John Paul II during his visit to Nagasaki.