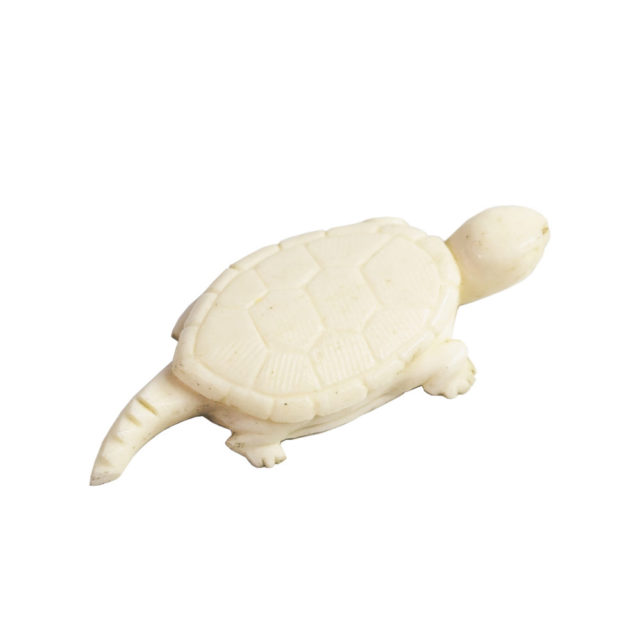 It was made from animal bones by a prisoner of Oflag II C Woldenberg who hoped to give it to his daughter after the liberation. His wish came true. After his release and return home, the girl received the gift made by her father in the camp. In 1985, as an adult woman, she gave this valuable souvenir to John Paul II.