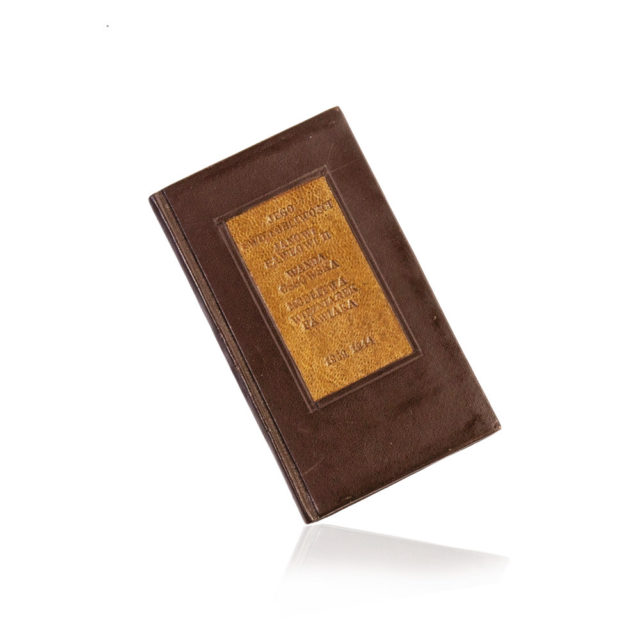 A book with a prayer

of prisoners from the Pawiak prison and with dedication: “This prayer was composed and written by my sister Helena together with political prisoners in the Pawiak, in 1942. Helena aware of my experiences, handed it to me, shoving it under the door of my solitary confinement. She was deported to the Auschwitz concentration camp and died there in May 1943. This prayer accompanied me during the investigation and in four camps: Majdanek, Auschwitz, Ravensbrück and Neustadt-Glewe, and strengthened my faith and gave me the power to persevere”. The book was offered to the Pope by Wanda Ossowska on 2 June 1991 in Lubaczów.