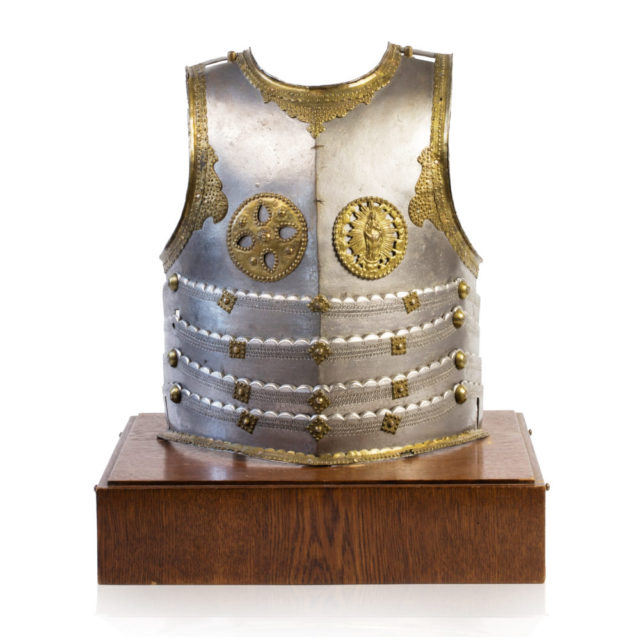 from the second half of the seventeenth century with traces of fighting. Polish hussars, wearing such armors, broke the Turkish ranks in the battle of Vienna, contributing to the victory of the troops led by the Polish king John III Sobieski. The gift, on behalf of the government, was offered by the then Prime Minister of Poland Wojciech Jaruzelski, during the second papal pilgrimage to Poland on 17 June 1983.