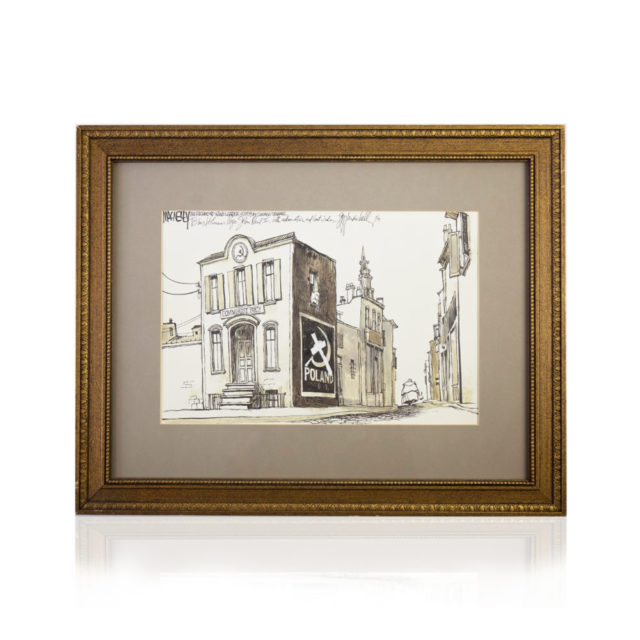 from 1979, relating to the political situation in Poland after the election of John Paul II. It is a gift of Jeff MacNelly, famous American cartoonist, creator of the popular comic strip Shoe, three times awarded the Pulitzer Prize. He was a longtime member of the editorial board of the now defunct newspaper “The Richmond News Leader”, one of the most conservative newspapers in the United States.